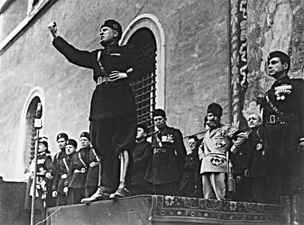 When Italy joined the Axis powers of World War II, Mussolini showed the world that his fascist regime was serious about making Italy the superpower during the Roman Empire. On June 10, 1940 Benito Mussolini declared war against the Allied powers in spite of Germany’s capture of Paris weeks earlier. This declaration of war was incredibly important because it formed the axis powers and is what really started World War II. When Mussolini declared War, he knew in fact that his country was not ready with their troops and materials needed for battle. Mussolini only declared war because his fascist colleague Adolf Hitler had recently captured Paris and with his ego, Mussolini was not going to let Hitler single-handedly take over Europe even if it cost him preparation. Mussolini’s lack of preparation of his troops and the materials needed for war was completely predictable for a loss of power during the war. If Mussolini was prepared for war, the world would be a lot different today because Italy could have taken over the world. When Italy was not performing well on the battlefield, King Victor Emmanuel III took Mussolini out of power and sent him to be arrested for war crimes. This loss of power of Mussolini showed that he was failure and not able to complete his promises said to the Italian people. When Mussolini was in prison, his German partner being a loyal friend, rescued Mussolini from prison and promised Mussolini a new country in northern Italy called the Italian Socialist Republic in which he would be in charge of. This chain of events were important because they made Mussolini still believe he was a power to be reckoned with and it showed that Hitler was willing to do anything to have control of Italy. When the Allies invaded southern Italy on September 3,1943, the Italian government surrendered and agreed to join in the fight which lead to Mussolini being capture by Italian partisans when attempting to flee from Switzerland.  This again showed to the Italian people that Mussolini was not the fearless leader that he promised to be and that the war was coming to a close when the next day Mussolini was shot and hung in the streets of Milan with his closest companions. Mussolini’s downfall showed to the Italian people about how his ideas of fascism, nationalism, militarism, and declaration of war were not to restore Italy to its strength during the Roman Empire, but to make him achieve world domination under an Italian dictatorship. 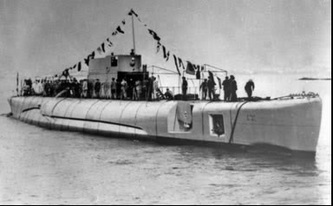